Networking Gets You A Job

Tonight I led a mentoring workshop for a women's networking organization on how to write a resume.  It was  great to see how engaged everyone was.  There were lots of questions and everyone participated, sharing their issues and challenges.

When it comes to career issues, we often focus on what we have to change, what went wrong or  the disappointments we've had to face.  But tonight, one of the members shared her  success story.

Anne was  a member of the NAPW (National Association of Professional Women) for over a year but never had gone to a chapter meeting.  She finally attended one late in the Summer (it was a wine tasting event) and that's when the two of us met, over several glasses of wine.  She told me she had just gotten her real estate license and was looking to get a job in the industry.  At the event, she met another member who worked for a reputable real estate firm and referred Anne to her manager.  Three weeks later, Anne was offered a job and starts on Monday!

The moral of the story:  If you network, you really can get a job by putting yourself out there and making yourself visible.  Bravo Anne!

"The way of the world is meeting people through other people."
~ Robert Kerrigan 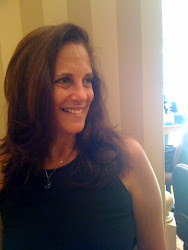